The Temple of Wonders August 19 edition is now up on Mixcloud. Hope you dig it.

Please enjoy this recording of my recent set under the Electric Willows at Standon Calling Festival. Two hours of cosmic wiggle and astro acid.

The July 31st edition of the Temple of Wonders is now available to listen again on Mixcloud. Hope you dig it.

Gathering Atoms- A weekend of Art and Music in Hastings and Saint Leonards. Fresh from shows at Saatchi’s ‘Other Art Fair’ and the legendary Pikes hotel in Ibiza, renowned Dj, record producer and artist Justin Robertson will be in Hastings for the weekend of 17th – 18th of August, to launch his art show “Gathering Atoms” which will be exhibited at Ruby’s Rooms until 29/09/19 and to play two DJ gigs at local venues

Known for his remix work for the likes of Bjork, Noel Gallagher, Justice and Paul Weller, and his chart-topping band Lionrock, Justin has had over thirty years’ experience at the forefront of electronic music. Restlessly innovative and strongly opposed to resting on his laurels, Justin defies labelling, his Dj sets take in the full spectrum of visceral jacking dance music, whilst his celebrated ‘Temple of Wonders’ radio show on Soho radio travels to the outer reaches of Dub, Afro Beat and Psychedelia on a monthly basis.

Specially curated for the Ruby Rooms, ‘Gathering Atoms’ is a selection of pieces from Justin’s last four collections; ‘The Explorer’s Chronicle, It’s Alive, ‘Alone’ and ‘Maps, Signs and Sigils’, the work covers a number of themes from the mythology of science, the consciousness of objects around us and how they direct us, to the power of the imagination, the pros and cons of isolation and the secret like of atoms.

There will be a launch party at Ruby Rooms on Saturday 17th August from 4pm to 9pm, where there will be a chance to see the art over cocktails and canapes. RSVP to rubyandnorm@gmail.com is essential.

Justin will also be venturing out to do a couple of DJ shows. On Saturday night he will be taking his dancefloor detonating blend of body jacking house and cosmic disco to The Fountain, (93 Queens Road, Hastings, TN34 1RL) from 10pm. Then on Sunday it’s a trip around the far corners of the musical universe at The Marina Fountain, (26 Caves Road, Saint Leonards, TN38 0BY), taking in dub, disco and the sounds of the universe from 2pm till 6pm. Entry is free to both events

‘The area is so alive with creative energy and has been for years, so it’s a great pleasure for me to be able to dip my toe in the current and get involved with this vibrant scene. Hopefully this weekend will just be the start of a happy relationship.’
Justin Robertson.

Ruby’s Rooms is an inspirational art & design led seafront guesthouse. Owned and designed by Kate Jaggers who has been curating content and spaces in the music, arts & youth sector for almost 20 years. With her deep family connections and love for this rich artistic and cultural pocket of the south coast she believes your place of rest should be as inspiring as your place to play. Working with locally sourced materials & furnishings and a team of east Sussex craftsmen she set upon restoring & modernising this magnificent 6 story Victorian house which now provides apartments & rooms for modern living serving the best locally produced food & drink. With design collaborations with creative talent ranging from tattoo artists to fashion labels each room offers a very unique experience. The ‘Gathering Atoms’ exhibition and collaboration with Justin Robertson is a major example of the ongoing ‘artist residencies’ at Ruby’s Rooms for all to enjoy.

The July 3rd edition of the Temple of Wonders is now up on Mixcloud. Hope you dig it.x

I will be joining a host of literary and musical marvels to celebrate the life and work of the author Gordon Burn. 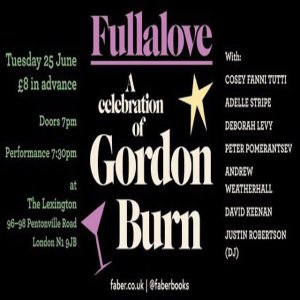 The Temple of Wonders is now up on Mixcloud. Hope you dig it x

Category: Temple of Wonders Radio show
Ahead of the knees up on Sunday May 26th, I had a chat with Pikes Ibiza. Discussing art, music and some of my favourite disc jockeys.
https://pikesonsundays.wordpress.com/2019/05/23/interview-justin-robertson/
Categories: Art News, Culture and Talks 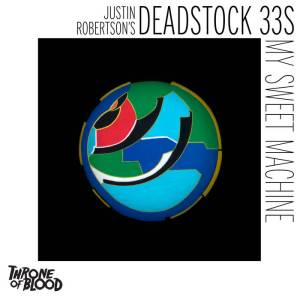 On the My Sweet Machine EP, Robertson returns to form with his vaunted Deadstock 33s project (Skint, Gomma, Darkroom Dubs, Optimo Music, Batty Bass, Tigersushi, Paper Recordings Is it Balearic), turning in four original slices of slow-motion machine funk built for the dancefloor. “Axial Age” starts things off with an arpeggio that sounds like “Crockett’s Theme” gone dark, body music for goth ravers. “My Sweet Machine” maintains some of the menace but lightens the mood. “No Thing Ness” ups the tempo, its rhythmic drive tethered to the dancefloor by a heavy bassline and wonky synths. “Van Van Mojo” rounds out Robertson’s originals with an off-kilter house groove purpose-built for festival dancefloors. Closing out the EP is a storming remix from long-time friend and collaborator Moscoman (Disco Halal, Diynamic, Life & Death). The Berlin-based Israeli revisits “My Sweet Machine” stretching the groove and transforming it into a head-spinning psychedelic trip.

Artwork for the release was done by Justin Robertson as well.

The Temple of Wonders is now open on Mixcloud! Hope you dig it.